U.S. stock markets continued to weaken this week as hopes for a pandemic stimulus deal declined. A slight rally on Thursday was already running out of steam as markets end the week lower.

Each of the three major indices logged a third straight day of losses Thursday. The S&P 500 slid marginally to 3,476 and the Nasdaq Composite dropped over 0.5% to 11,713. The Dow Jones Industrial Average dropped almost 20 points on Thursday in a fall below 28,500.

Tech stocks led the losses for the week with Facebook, Amazon, Google, and Apple ending the week in the red.

“Market volatility is set to continue in the weeks ahead as investors brace for a host of uncertainties—the timing of vaccine availability, the size and timing of additional US fiscal stimulus, and the election outcome. The uneven recovery in the US economy also adds to investor concerns as the results season kicked off this week.”

According to CNBC’s “Squawk Box” Treasury Secretary Steven Mnuchin stated that he, along with the President, were committed to getting a stimulus deal done, but acknowledged that this would be hard to achieve before the election.

Sentiment across Europe was also dampened as some governments reinstated pandemic restrictions to curb the second wave of Covid-19. The UK is on the verge of another lockdown as virus cases spike in the north of the country.

The week’s top-performing sectors included industrials with General Electric and 3M Company positing gains this week, while the energy sector was also boosted by strong performances from Exxon Mobile and Chevron Corp.

The banking sector got a lift from JP Morgan Chase and Bank of America gaining 1.5% and 2.24% respectively. The Charles Schwab Corporation gained an impressive 5.14%.

The tech sector led the losses however with all of the majors ending the week in the red. Microsoft, Apple, Alphabet, Facebook, Adobe, Oracle, and Amazon all posted losses this week.

Credit services also took a hit with Visa and Mastercard stocks losing around 1.25% apiece, while the healthcare sector was also in the red as Johnson and Johnson led losses. 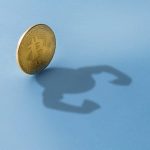 Bitcoin is a unique asset beneficial to a portfolio, finance giant ascertains