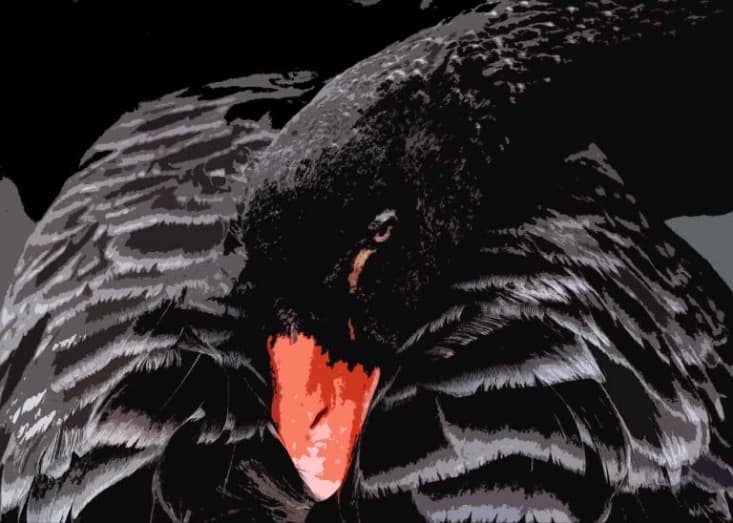 You can listen to ‘The Black Swan‘ by Nassim N. Taleb for FREE with Audible Trial HERE.

‘The Black Swan‘ Author Nassim Nicholas Taleb says he is getting rid of his Bitcoin, citing the asset’s volatility as a setback. Taleb’s sentiments come even as Bitcoin’s rally continues, with the digital currency hitting an all-time high of $49,000 on February 12.

In a series of tweets, Taleb states that a currency (Bitcoin) should not be more volatile than the price you sell or buy it. He also asserts that the culture around Bitcoin has been overtaken. Taleb explains that:

“I’ve been getting rid of my BTC. Why? A currency is never supposed to be more volatile than what you buy & sell with it. You can’t price goods in BTC In that respect, it’s a failure (at least for now). It was taken over by Covid denying sociopaths w/the sophistication of amoebas”.

Bitcoin not comparable to gold

Taleb adds that Bitcoin’s ability to facility vices such as money laundering and tax fraud makes it not comparable to gold. Interestingly, the author views Bitcoin as more tractable than cash. For years, Bitcoin proponents have backed the asset to replace gold eventually.

With Bitcoin’s maturity, backers of the asset believe the volatility rate will eventually reduce. However, Taleb maintains that the digital asset’s volatility is not slowing down any time soon, a worrisome situation.

Bitcoin has failed as a hedge fund

Taleb also classifies Bitcoin as a currency and has failed as an asset and a hedge against central bank irresponsibility. This is despite leading institutions converting their cash reserves into Bitcoin.

Taleb, who also authored ‘Antifragile: Things That Gain From Disorder‘ has been an advocate for cryptocurrencies in the past. In 2020, after his native country of Lebanon issued restrictions about foreign currencies, Taleb called on citizens to use cryptocurrencies.

By press time, Bitcoin was trading at $46,419, according to data provided by Finviz.com.