Meme cryptocurrency Dogecoin (DOGE) has flashed signs of a bullish trend in the early days of 2023. However, the asset still feels the impact of factors such as the FTX crypto exchange collapse and the overall market downturn.

With both bulls and bears lacking significant strength to push the meme coin’s price in either direction, investors are focused on DOGE’s subsequent price trajectory in the first month of 2023, with the asset’s January performance likely to dictate what to expect for the rest of the year.

It is worth noting that a previous Finbold report also identified Dogecoin among the top five meme cryptocurrencies to watch for January 2023.

In this line, the machine learning algorithms at the crypto tracking platform PricePredictions 30-day forecast indicates that Dogecoin will trade at $0.071286 on January 31, 2023, a correction of about 1.7% from DOGE’s value at the time of publishing.

The price projection is based on technical indicators such as moving averages (MA), relative strength index (RSI), moving average convergence divergence (MACD), and Bollinger Bands (BB), among others.

As things stand, Dogecoin is trading at $0.0725 with daily gains of less than 0.1%, having extended the consolidation phase.

At the moment, Dogecoin is facing a resistance at $0.0729, and if the price breaks above the position, the asset is likely to embark on a bullish uptrend towards the $0.073 mark.

Elsewhere, the one-day gauges on TradingView are largely bearish for Dogecoin. The summary of the gauges is in the ‘sell’ zone at 14, while moving averages are for ‘strong sell’ at 13. Oscillators indicate ‘neutral’ at 9.

Notably, the asset which previously benefited from Elon Musk’s acquisition of Twitter (NASDAQ: TWTR) could rally if initial speculation of the token being integrated as a payment option on the social media platform is realized.

Furthermore, DOGE has also recorded increased whale activity with high net worth wallets accumulating the asset amid the low prices.

At the same time, Dogecoin will likely build on 2022’s performance, where the digital asset was the second-best performer out of the top ten cryptocurrencies by market cap in 2022, dropping 54%.

Elsewhere, Dogecoin might get a bullish upswing as the community focuses on new products such as Libdogecoin, Dogecoin Standard, and GigaWallet, among others. 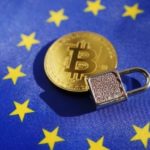