The year 2022 was particularly difficult for the cryptocurrency industry as setbacks kept stacking up, including the collapse of the Terra (LUNA) ecosystem and the FTX crypto exchange, killing off dozens of crypto projects regardless of the amount of money invested in them.

Indeed, of the 96 cryptocurrency projects that were declared ‘dead’ this year, 28 had received funding, bringing the total ‘dead’ project financing amount to $3.61 billion, as per the “2022 Crypto Industry Dead Project List” released by the crypto analytics database RootData on December 27.

Among the largest beneficiaries of these investments is the recently collapsed crypto trading platform FTX, which had accumulated $1.73 billion through various funding rounds from investors, including Coinbase Ventures, Binance Labs, Pantera Capital, Paradigm, Sequoia Capital, and others.

Meanwhile, due to regulatory reasons established in the state of California to facilitate access to residents of the United States, its subsidiary FTX US received an influx of $400 million from the Ontario Teachers’ Pension Plan Board.

BlockFi is another failed crypto borrowing platform that was, on top of this, accused by the United States Securities and Exchange Commission (SEC) of providing unregistered securities while offering variable interest payments. This platform received a total of $499.85 million from major investors such as ConsenSys Mesh, Morgan Creek Digital, and Winklevoss Capital.

According to the platform’s data, an average of 947 cryptocurrencies listed each year in the period between 2018 and 2022 have ended up deactivated and delisted from CoinGecko, excluding the anomaly year of 2021. 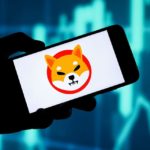