In line with the general macroeconomic sentiment, Cardano (ADA) has been trading in the red zone for the most part of 2022, dropping over 70% since the year’s turn. However, its decline has slowed down as the entire cryptocurrency sector sailed into calmer seas and hasn’t recorded any major swings in recent weeks.

The current calmness may signal better times for Cardano, especially when taking into account the continuous efforts of the Input Output (IOHK) developers to further improve the network after the Vasil hard fork, including the launch of the new Daedalus 5.1.0 crypto wallet.

Moreover, Cardano’s smart contracts recently broke above 3,500, amounting to 3,518 Plutus Scripts on October 19, after surpassing the 3,000 mark on August 1 and adding 100 new smart contracts in two weeks since the hard fork itself was implemented, as per statistics retrieved from Cardano Blockchain Insights.

Earlier, Cardano broke into the top three chains by non-fungible token (NFT) volume as it recorded an increase in activity by a whopping 132%, third only to Ethereum (ETH) and Solana (SOL), as announced by NFT analytics platform Stocktwits NFTs. 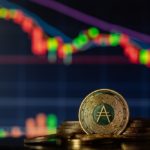 That said, Cardano’s price trajectory has witnessed a drop of merely 1.18% during the past seven days, which is significantly lower than its monthly correction of over 20%, and currently is changing hands at $0.353, as per CoinMarketCap data.

What’s next for ADA price?

Based on the analysis of the charts, ADA broke below its support level at $0.40, which currently stands at around $0.30, while the resistance for the eighth-largest crypto asset by market capitalization is at about $0.55, while Cardano is also in the process of forming a third monthly red candle after a green July.

At press time, the summary of the one-day technical analysis (TA) demonstrates a solid sell sentiment at 15, with neutrality standing at seven, and buy sentiment at four. Further breaking down the analysis, oscillators are in the buy zone for ADA at four, whereas six express neutrality, and only one sell.

In terms of moving averages (MA), technical indicators are looking at a strong ‘sell’ sentiment, at 14, versus only one showing ‘neutral’, and not a single one pointing to the ‘buy’ sentiment.

It is also important to note that ADA is currently trading below all of its moving averages, 100-day and 200-day included, suggesting increased selling pressure ahead of the decentralized finance (DeFi) token, indicating an upper hand for the bears.

Considering the MA and the fact that ADA broke its support zone at $0.40 after a two-day relief, the general sentiment around the asset is slightly bearish, and it has a lot of room for growth to reclaim its all-time high (ATH) of $2.95 from August 2021.

However, considering the relentless growth of the Cardano network since its inception, and the bullish confidence of its community that has predicted it to trade at an average price of $0.57 by the end of October, there is still room for optimism. 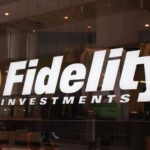 Fidelity rolls out Ethereum trading and custody - is ETH about to turn bullish?