The crypto market continues to witness a significant uptick, with Bitcoin (BTC) leading the charge after months of sideways trading. The rally is the result of a combination of positive macroeconomic news and possible easing regulatory concerns in China. However, despite the ongoing market surge, it’s important to note that the crypto space is still operating in the shadow of the massive bull run that occurred in 2021.

The GALA (GALA) token has benefited from the general crypto market rally and the increasing interest in blockchain games. Indeed, GALA has sustained a bullish price momentum that moved independently during periods of broad market consolidation.

Notably, GALA’s rally was also aided by increased whale activity, with data from crypto analysis platform Santiment indicating that transactions helped push the token beyond resistance at $0.048. Furthermore, GALA has also recorded an influx of investors accumulating the asset with notable network partnerships. 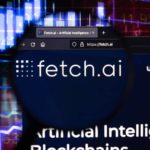 GALA is among the leading entities for a mini-altcoin rally as investors allocate more capital to the non-fungible tokens (NFT) gaming and metaverse space. At some point, GALA gained 100% in seven days leading the top 100 cryptocurrencies by market capitalization. Consequently, GALA is a cryptocurrency to watch for the next price action in the wake of significant futures liquidation.

From a technical analysis perspective, GALA’s daily gauges on TradingView are bullish. A summary of the gauges is for ‘buy’ at 13 while ‘moving averages‘ are 12.

However, FET has received a boost from the potential the network holds with the ongoing buzz around AI-related concepts following the initial success of ChatGPT. Indeed, interest saw FET gain by over 20% within 24 hours as the market rallied.

Elsewhere, the buzz around FET is partially due to the impact of network activity where the token emerged as the top gainer in Cosmos (ATOM) inter-blockchain communication (IBC) networks as of January 13.

The focus is now on whether FET will manage its momentum and continue rallying in the coming week. In this line, the possibility of rallying will partly depend on network development activity.

By the time of publishing, FET was trading at $0.23, having corrected by almost 6% in the last 24 hours.

At the same time, the sentiment around FET offers mixed signals, with the 1-day gauges in the ‘buy’ zone at 15, while oscillators are for ‘sell’ at 4. Elsewhere, moving averages suggest a ‘strong buy’ at 13.

After appearing to stagnate below the $17,000 level for several weeks, Bitcoin (BTC) has embarked on a winning streak that has culminated in the maiden cryptocurrency briefly reclaiming the $21,000 level. As reported by Finbold, the ongoing BTC rally is among the longest since the 2020 pandemic period.

The rally in Bitcoin has been aided by broader optimism and an encouraging economic outlook. Initial signs of a rally emerged following encouraging signs in the United States jobs market and positive consumer-price index (CPI) data. The outcome has resulted in hopes that inflation is cooling, allowing the Federal Reserve to ease on its aggressive interest-rate hikes. Notably, the steady rally has helped Bitcoin put behind the effects of the FTX crypto exchange collapse.

Despite Bitcoin having experienced long-term consolidation, new data per a Finbold report indicated that based on BTC holdings as of January 13, it could be equated to 0.5% of the global population.

Overall, Bitcoin remains an asset to watch since it will be of interest to monitor if investors can consistently continue pumping money into the crypto. Indeed, the buying and selling pressure will be crucial to Bitcoin’s ability to sustain gains above $20,0000.

Furthermore, the market will be watching where Bitcoin’s price moves next, with the asset still facing several headwinds. For instance, the industry is witnessing massive exchange layoffs, Gemini and Genesis legal issues, and the possible establishment of a House crypto-focused subcommittee in the United States.

Elsewhere, Bitcoin’s technical analysis is mainly bullish. A summary of the daily gauges on TradingView aligns with the ‘buy’ sentiment at 14, while moving averages are for the ‘strong buy’ gauge at 12. Oscillators are bearish, recommending ‘sell’ at 4.

Shiba Inu (SHIB) coin has posted an impressive performance for the past few days. At some point, the dog-themed asset reclaimed the top trending spot among cryptocurrencies. Although the meme coin is benefitting from the general market rally, the gains have been aided by sustained network development and partnerships that aim to offer SHIB more utility.

For instance, the social network Twitter recently enabled a feature allowing SHIB users to keep track of the crypto asset’s prices alongside Bitcoin, Ethereum (ETH), and Dogecoin (DOGE). At the same time, the Shiboshi Club and Bugatti Group recently revealed a collaboration focusing on an NFT mint collection.

Additionally, the SHIB community is still awaiting the release of the Shibarium layer-2 solution. Overall, SHIB remains an asset to watch if it can lead meme coins to a new rally alongside any impact if investors start taking out profits.

From a technical analysis perspective, a summary of SHIB gauges is for a ‘buy’ at 12, while moving averages align with a ‘strong buy’ at 11. Oscillators are for ‘sell’ at 3.

The layer one blockchain has seen bulls attempt to take charge in a bid to elevate the asset to previous highs. After weeks of correcting, AVAX has opened the year with a bang, drawing inspiration from the general sector sentiments.

Amid the ongoing rally, the Avalanche ecosystem has recently accelerated partnerships with established entities. Some of the network development saw Avalanche partner with Amazon Web Services. Under the deal, AWS will use the Avalanche network to develop enterprise blockchain solutions for businesses and governments.

Indeed, the partnership will increase Avalanche’s utility among enterprises which, in turn, could boost demand for AVAX tokens. Furthermore, as reported by Finbold, BLRD, a Japanese gaming giant GREE subsidiary, partnered with Avalanche to launch its first Web3 game in 2023.

AVAX is worth monitoring for the following week based on the ability to sustain the gains and implications of the network partnerships.

Currently, AVAX is trading at $16.33, having gained by almost 40% in the last seven days. However, the token faces correction on the daily chart by over 4%.

Furthermore, daily sentiments for AVAX offer mixed signals. The summary of the gauges stands for ‘buy’ at 12, with moving averages recommending ‘strong buy’ at 11. Only oscillators are for ‘sell’ at 3.

In conclusion, as the cryptocurrency market attempts to sustain the ongoing rally, the highlighted assets are worth monitoring as they will likely dictate the trajectory of different digital assets. However, the market is still facing headwinds considering the effects of macroeconomic factors are still lingering. 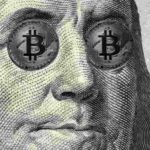 Only 0.5% of global population owns Bitcoin, representing every 184th person