As the cryptocurrency market prepares to enter 2023, Shiba Inu (SHIB) traders and investors are trying to discern what the new year holds for the dog meme digital asset, which has been going through a rough patch in the past months, along with many other tokens.

With this in mind, the machine learning algorithms at the crypto tracking platform PricePredictions have projected that Shiba Inu would be changing hands at the price of $0.000008071 on January 1, 2023, according to data retrieved by Finbold on December 21.

Taking into account technical indicators like the moving average (MA), moving average convergence divergence (MACD), relative strength index (RSI), and Bollinger Bands (BB), the analytics platform predicts a 2.62% decrease in the SHIB price compared to the $0.000008288 at the time of publication.

Meanwhile, the sentiment monitored on 1-month gauges over at TradingView is largely on the bearish side, its summary indicating a ‘strong sell’ at 7, as oscillators stand in the ‘sell’ area at 1 and moving averages point to ‘strong sell’ at 6. 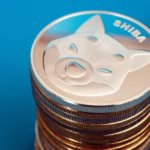 The pessimistic forecasts arrive despite Shiba Inu being recognized as one of the top three most watched cryptocurrencies in 2022 on the world’s largest crypto exchange Binance, placing it in the company of the market capitalization giants, Bitcoin (BTC) and Ethereum (ETH).

On top of that, SHIB has been recording a steady growth in its burn rate, whale transactions, and the number of holders, adding about 7,083 of them since November, as reported by Finbold on December 11. In the meantime, it has added another 9,408 holders, presently standing at 1,267,728, as per Etherscan data.

With a market cap of $4.55 billion, Shiba Inu is the 15th-largest cryptocurrency by this indicator, ahead of the likes such as Solana (SOL), Avalanche (AVAX), Uniswap (UNI), Chainlink (LINK), and Monero (XMR), as per latest CoinMarketCap data.