One year and eight months after the death of Bernie Madoff, an American fraudster and Wall Street financier who was the mastermind behind the largest Ponzi scheme in history, streaming platform Netflix (NASDAQ: NFLX) turned his infamous endeavor into a four-part financial thriller.

Set to premiere on January 4, 2023, “Madoff: The Monster of Wall Street” follows the rise and fall of the multibillion-dollar schemer who managed to run his ploy undetected, likely for decades, defrauding thousands of investors of close to $65 billion and working with some of the world’s most dangerous people.

According to the trailer released on December 8, 2022, the docuseries explores how the scheme operated for such a long time, with the financial system turning a blind eye, and regulatory agencies, including the United States Securities and Exchange Commission (SEC), failing in their mission.

As a reminder, Madoff’s scheme started to unravel during the Great Recession of 2007-2009 as investors started to line up trying to withdraw their money en masse, and Madoff found himself lacking the financial assets to fulfill all of these requests due to using the funds of late-comer investors to provide revenue for early-comers. 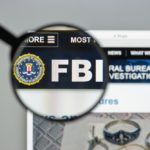 FBI agent involved in J.Belfort, B. Madoff cases explains how to prosecute Bankman-Fried 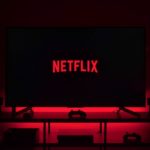 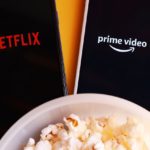 Cornered, he confessed everything to his two sons, Mark and Andrew, who worked at his firm (though Madoff insisted they were unaware of the scheme) and reported him to federal authorities. In 2021, the 82-year-old Madoff died in prison, where he was serving a 150-year sentence.

In the meantime, Madoff has become a symbol of a typical financial scammer, with both the “Rich Dad Poor Dad,” author Robert Kiyosaki and podcaster Joe Rogan using him to criticize Sam Bankman-Fried – the founder of the now-bankrupt crypto trading platform FTX.

To make matters worse, Bankman-Fried accidentally described what was essentially a Ponzi scheme in an interview with Bloomberg’s financial columnist months before the FTX collapse, which sank the crypto market capitalization back to its pre-2021 levels.

Meanwhile, Gregory Coleman, the retired Federal Bureau of Investigation (FBI) agent who was involved in Madoff’s case, as well as the prosecution of Jordan Belfort, known as the ‘Wolf of Wall Street,’ explained that the investigation of SBF should be to simply follow the money.

At the same time, Bernie Madoff’s lawyer Ira Lee Sorkin believes that SBF might face an extended jail term if found guilty and is likely to get more charges, as well as that more co-conspirators are likely to be arrested in the coming days, as Finbold reported on December 16.

Watch the trailer below: 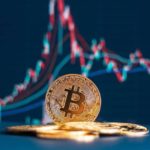 Exclusive: Industry experts weigh in on what to expect for Bitcoin in 2023