The cryptocurrency market is still consolidating, with most digital assets unable to make any significant move. At the moment, investors hope the crypto space will attempt to put away the significant sell-offs moving into 2023.

However, there remains an interest in how selected cryptocurrencies will end 2022, as their price movement will give a glimpse of what to expect from next year. Therefore, here are five cryptocurrencies to watch for the week of December 26.

Following the recent Bitcoin (BTC) gains induced by the positive macroeconomic news, the maiden digital asset has plunged to trade in the now familiar zone of below $17,000. Bitcoin continues to be hammered by the fallout from the FTX cryptocurrency exchange collapse.

Interestingly, data indicates that despite Bitcoin’s consolidation, the asset has made a faster recovery post-FTX saga compared to previous major capitulation events. In this line, there were speculations that FTX’s impact could have dire consequences on Bitcoin.

For instance, as reported by Finbold, legendary investor Bill Miller stated that Bitcoin hovering in the range of $17,000 could be considered remarkable by factoring in the impact of FTX collapse.

Notably, focusing on Bitcoin’s price is crucial since the asset’s movement usually dictates the general market trajectory. Therefore, Bitcoin bottoming will be key for the crypto sector. Furthermore, there are concerns that Bitcoin could correct further before rallying again. Meanwhile, historical data indicates that Bitcoin could be in line for recovery within the next three years.

In the meantime, Bitcoin technical analysis is dominated by the bearish sentiment with a summary of one-day gauges on TradingView aligning with ‘sell’ at 15. Moving averages are for ‘strong sell’ at 13, while oscillators are ‘neutral’ at 8.

Despite the challenging year, Cardano’s (ADA) onchain activity has remained on course hitting new milestones. For instance, in 2022 alone, Cardano’s smart contracts surpassed the 4,400 mark surging 394%, with transactions amounting to 56.9 million, representing a surge of 139%.

Additionally, Cardano has restarted testing of its DJED stablecoin with new features. Indeed, the network activity is projected to eventually increase interest in the platform’s native token, ADA.

By the time of publishing, ADA was trading at $0.26, having corrected by almost 3% on the weekly chart.

ADA has dropped below the crucial $0.30 position extending the declining trendline witnessed in recent days. Additionally, forecasts by Pricepredictions indicate that the bearish trendline is likely to extend into the new year, projecting ADA will trade at $0.24 on January 1, 2023.

Furthermore, ADA technical analysis remains bearish, with a summary aligning with the ‘sell’ sentimental at 15, while moving averages are for a ‘strong sell’ at 14.

The XRP community is awaiting the verdict from Ripple and the Securities Exchange Commission (SEC) case. The final ruling is likely to impact the price of XRP, which has registered glimpses of trading in the green zone amid the extended bear market following a series of wins during the hearing. Despite the legal hurdles, XRP has ranked third among the top ten highest-rated cryptocurrencies of 2022.

With XRP failing to break the $0.40 resistance position, the token is witnessing increased whale activity. As per the Finbold report on December 21, XRP whale and shark addresses holding between 1 million to 10 million tokens increased to 1,617 in the last month of 2022.

With whales appearing to bet on the token, investors will monitor the price action. If the token breaks the $0.33 support, it could correct to $0.31. In the meantime, investors are still betting on Ripple despite the prevailing legal challenges, with the company emerging to rank among the top ten most valuable U.S. startups.

As XRP consolidates, the technical analysis offers mixed signals with a summary of the one-day gauges aligning with ‘sell’ sentiment at 15 while moving averages are for a ‘strong sell’ at 14.

The utility token of the Binance crypto exchange has remained steady in 2022 despite the bear market. However, focus on BNB’s performance has become a point of interest, especially with the FTX collapse. Notably, concerns have been raised regarding Binance reserves, directly impacting BNB’s value. At the same time, there is uncertainty regarding Binance’s next status, with reports indicating that United States authorities plan to prosecute the exchange and its executives.

By the time of publishing, BNB was trading at $244, extending the recent consolidation phase considering the token has 0.5% on the daily chart.

Amid the prevailing cloud of uncertainty, analysts believe BNB has strong fundamentals that can propel the token to emerge as the best-performing digital asset for 2023.

Elsewhere, BNB technical analysis on TradingView has the summary recommending ‘sell’ at 14. Moving averages are for a ‘strong sell’ at 13.

At the moment, the development activity has failed to reflect on the price of XTZ. However, it is worth noting that Tezos has ranked among the top-rated cryptocurrencies of 2022.

From a technical analysis perspective, XTZ is bearish, with both the summary and moving averages going for the ‘strong sell’ sentiment at 16 and 14, respectively.

In conclusion, the highlighted cryptocurrencies are still trapped in a consolidation phase that will likely extend into the new year. However, the assets could rally or slump further if formidable triggers emerge. 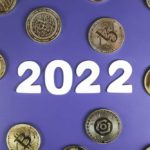 Revealed: Top 10 most active cryptocurrencies of 2022