The cryptocurrency market is experiencing a minor bull run that has resulted in most assets reclaiming key support levels considered vital to sustaining the gains. Investors are hoping the rally will be crucial to helping the market exit last year’s extended bearish sentiment.

As most digital assets rally, a few coins are leading the way to emerge as the top gainers for the new year. Below, Finbold has listed the top five cryptocurrencies by gains so far in 2023 out of the top 100 coins by market cap as tracked on CoinMarketCap.

Below is a breakdown of the top-gaining assets in 2023.

Lido DAO (LDO) is one of the leading Ethereum (ETH) liquid staking solutions. The asset has shot to the top of the crypto market, aided by the overall bullish sentiment and possible network developments.

In this line, Lido’s rally has coincided with the announcement date for the upcoming Ethereum Shanghai upgrade. Once the upgrade is initiated before March, investors are expected to access their staked Ethereum, and Lido Finance is set to benefit. The network accounts for a significant share of the staked Ethereum and is line to benefit once the withdrawal is initiated. By press time, LDO was trading at $1.79 with year-to-date (YTD) gains of 67.84%.

Solana (SOL) has managed to shake off recent concerns regarding its association with the collapsed FTX crypto exchange. Notably, the concerns resulted in questions regarding the network’s future resulting in a significant drop in value.

However, SOL appeared to find a lifeline from the hype around the Bonk (BONK) meme cryptocurrency. The meme coin that seeks to mirror Shiba Inu (SHIB) was airdropped to Solana non-fungible token (NFT) communities resulting in Solana recording a significant price spike. In this line, SOL has rallied 57.46% YTD, trading at $15.42 by press time.

The Web3-centered token has been rising in correlation with the rest of the market. Interestingly, the token is shaking off concerns regarding the lack of activity on the blockchain and minimal use cases, a factor that resulted in speculation regarding the future.

Indeed, Aptos has built on the attention associated with the venture capital funding directed toward the blockchain. Currently, APT is valued at $5.12, with YTD gains of 46.39%.

Zilliqa (ZIL), a transaction-processing blockchain, was among the most active cryptocurrencies in 2022. However, the asset was weighed down by the bears around November.

Since then, ZIL seems to have picked up where it left off last year with planned network development and the possible venture into other sectors. The asset that witnessed hype from the community is reportedly planning to venture into gaming. ZIL is now trading at $0.02 with YTD gains of 38.86%.

The layer-one blockchain that combines the speed and interoperability of the Cosmos (ATOM) network has been rallying, standing out among altcoins that recently experienced a price breakout.

It’s worth noting that Kava (KAVA) rally has been aided by accelerated network development, such as the team’s move closer to accomplishing its roadmap. The development activity seeks to make Kava a one-stop shop for decentralized finance (DeFi). KAVA is changing hands at $0.73, gaining 37.49% in 2023.

Finally, the highlighted tokens are facing an uphill task of sustaining the registered gains. However, there is a lingering uncertainty in the cryopto market considering the possible extended effects of the FTX collapse and macroeconomic factors. 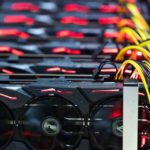 Can you overclock a Bitcoin miner? Here's how and results