The cryptocurrency market has entered 2023 still impacted by the extended bearish conditions that characterized the sector over the last year. However, despite the depressing conditions, several digital assets are standing out, showing the potential to record gains contrary to the general market movement.

Notably, some digital assets are recording strong performances due to elements such as their potential to rally and promising use cases. Therefore, below are the key cryptocurrencies to watch for the week of January 2.

BitDAO (BIT) is a decentralized autonomous organization that has been in the limelight in recent weeks. The network gained the attention of the crypto sector after greenlighting a $100 million buyback for its token. It’s worth noting that BitDAO aims to support several projects in decentralized finance (DeFi), DAOs, non-fungible tokens (NFTs), and gaming through research and liquidity bootstrapping, and funding.

Under the buyback plan, the BitDAO team will purchase $2 million in USDT worth of BIT for 50 consecutive days from January 1, 2023. Although the plan has received mixed reactions from the community members, the development has positively influenced the token. Moving forward, it will be of interest how the buyback plan affects BIT.

Elsewhere, the BIT technical analysis is bullish, with a summary of the daily gauges on TradingView aligning with the ‘buy’ sentiment at 11. Moving averages are also for ‘buy’ at 9, while oscillators are ‘neutral’ at 8.

PancakeSwap (CAKE) has caught the attention of cryptocurrency investors in recent weeks, as the token managed to perform well despite the overall bearish market conditions. With many cryptocurrencies struggling, CAKE was able to close previous weeks in the green territory. However, the token has been unable to sustain the gains.

Notably, PancakeSwap (CAKE), one of the largest decentralized exchanges based on the Binance Smart Chain (BSC), has recorded increased network development activity. For instance, the platform has announced V2, which comes with liquidity pools that can be used without permission and are only controlled by algorithms.

Indeed, CAKE remains a token of focus, considering that the recent correction could offer investors an opportunity to buy in the dip. In this case, if the token sustains a high buying pressure, it could act as a catalyst for another rally.

By press time, CAKE was trading at $3.16, having plunged by less than 1% in the last 24 hours. On the weekly chart, the token has been corrected by almost 6%.

Following the recent correction, CAKE technical analysis is bearish, with a summary going for ‘sell’ at 14, while moving averages are for a ‘strong sell’ at 13.

Toncoin, the native cryptocurrency of The Open Network (TON) blockchain, has exhibited an extended bullish moment even as significant digital assets struggled to mount a formidable price movement. The token’s rally can be attributed to several factors, with increased network development and adoption ranking at the top.

For instance, TON attracted increased interest after the gate.io exchange announced support for the TON/USDT pair for futures. At the same time, the token has received support from the SafePal crypto wallet.

Additionally, Telegram’s decision to allow users to purchase blockchain-based identities using Toncoin has also contributed to the rally. This new feature will enable users to bypass the need for a SIM card. Following the FTX cryptocurrency exchange crisis, Telegram announced plans to create its own trading platform, with the possibility of TON being used as a utility token.

Elsewhere, TON technical analysis is dominated by neutral sentiment. The summary of the one-day gauges on TradingView aligns with a ‘neutral’ sentiment at 10, while moving averages are also ‘neutral’ at 1. The oscillator gauges are for ‘sell’ at 2.

The maiden cryptocurrency is still consolidating, having corrected over 70% from the all-time high of almost $69,000. Although price forecast based on machine learning algorithm on PricePredictions indicates that Bitcoin (BTC) will likely continue correcting in January to trade at around $15,000 on the last day of the month.

Furthermore, there are glimpses that Bitcoin could be in line for further recovery, with data indicating that despite BTC’s consolidation, the asset has recorded faster recovery post-FTX saga compared to previous capitulation events. This comes after fears emerged that the FTX collapse could lead to Bitcoin’s further correction. Additionally, pseudonymous crypto and stock market analyst Trend Rider noted that Bitcoin could take a bullish turn in the first half of 2023.

Interestingly, based on historical data, Bitcoin could also be lining up for another bull run in 2023. As per an analysis by Aurelien Ohayon, CEO of strategy services platform XOR Bitcoin has experienced a bull run after every four years. He noted that previous bear markets lasted for one year, and 2023 might be crucial for Bitcoin.

Bitcoin is currently changing hands at $16,568, correcting by less than 0.1% within 24 hours. In the last seven days, Bitcoin has slightly corrected to 1.7%.

Additionally, both Bitcoin bulls and bears have exhibited near-equal strength, failing to push the asset’s price in either direction. Notably, there are fears that the asset could correct further before finding a bottom.

Moreover, Bitcoin’s technical analysis remains bearish, with a summary of the daily gauges on TradingView going with the ‘sell’ sentiment at 14, while moving averages are for a ‘strong sell’ at 13. Oscillators remain ‘neutral’ at 9.

The native token of the Ripple blockchain has failed to breach the crucial $0.40 support level as the token was unable to build on the recent gains. Notably, XRP has exhibited bullish sentiments following minor wins in the ongoing Ripple and Securities Exchange Commission (SEC) case.

In the meantime, the case has not yielded any bullish triggers, with both parties having filed their final submissions. As the crypto community awaits the ruling, the lawsuit continues to witness new developments from interested parties.

At the moment, SEC has filed a submission seeking to seal several documents while the presiding judge allowed Crypto investment firm Paradigm to join the case.

Based on the token’s recent price movement, crypto trading expert, Michaël van de Poppe warned that after XRP failed to breach the $0.37 resistance level, the asset could potentially correct further.

As XRP exhibits a sideways trading pattern, the token’s technical analysis remains bearish, with a summary aligning with ‘sell’ at 15. At the same time, the daily gauges for moving average sentiment go for a ‘strong sell’ at 13.

Finally, as the highlighted cryptocurrencies remain promising, its worth noting that their prospects to rally still face the impact of various external factors. In this line, the market is battling macroeconomic factors. At the same time, a section of the market believes the FTX collapse might extend into 2023. 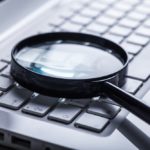